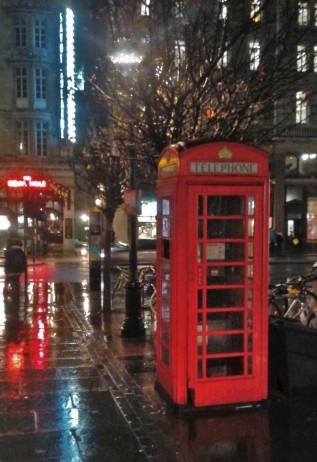 I’ve never been more elated about the concept of bidding goodbye to the year then I was on December 31, 2016. A few months back, Katie and I were pondering how we’d like to ring in 2017 aside from the world’s BIGGEST BOTTLE OF CHAMPAGNE. Every New Year’s Eve, New York City opens its bridges and tunnels to throngs of bubbly-drinking, noise-maker totting lushes in winter coats that cover up skimpy dresses. I am usually one of them (minus the bridge-and-tunnel). But every year the clubs get busier, the open-bar tickets get pricier, and the concept of tackling Times Square becomes more laughable than it ever was—none of it really felt like enough anymore. Then, like a light bulb full of prosecco, we realized that the best way to bid goodbye to a horrific year in our country’s history would be to leave the country. Ten minutes on Kayak.com and we’d decided on London—a “sister city” of New York in size, style and mindset but with a more easy-going personality and down-to-earth flare. “Brexit”, we figured, would connect our souls through mutual uncertainty and a profound need to drink.

Katie has several cousins who live in London, so we knew we wouldn’t be left entirely to our own devices. We planned the trip for 5 nights, all of which we would spend in the same hotel room (which literally never, ever happens in our version of travel). We picked the Z-Hotel in the trendy and gritty Shoreditch, the kind of neighborhood with a hidden craft-cocktail speakeasy in one direction and 3 square blocks of graffiti street art on the next. Our hotel boasted “micro-rooms” about the size of a hotel room thimble and free daily wine and cheese. We felt right at home.

After a frantic dash to the airport for our late late LATE evening flight after Katie completed a 13-hour shift at work with her suitcase sitting in the staff lounge, we were 2 glasses of wine deep and managed to get a few hours of sleep. We landed and finagled London’s version of the Metrocard with minimal dysfunction, and were sleeping midday in our room a few hours later. That night, we met Katie’s cousin Rosie at the trendy Tramshed restaurant which hosts a real formaldehyde cow suspended from the ceiling inside a glass case—that was a first. We dug into some gloriously greasy pork crackling and a massive roast chicken with stuffing before downing a few drinks at the Blues Kitchen to the sounds of live music. I am still not used to this whole “tipping optional” thing.  We are not in Manhattan anymore. 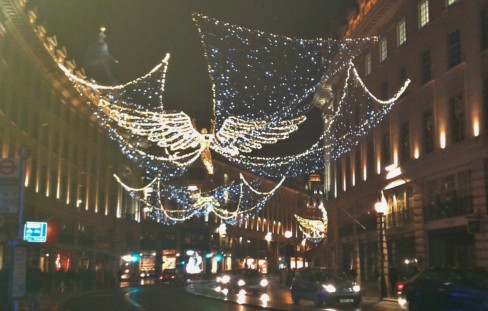