This past weekend, we took a trip to North Carolina (with a caveat to Tennessee) for my 45th state on the #50by30Challenge. In any other circumstance, I would be writing a detailed story of my travels and encounters, and illustrate it with photos. But this was not a normal week. I left for this trip with my girlfriend with a very heavy heart. I don’t have to tell many of you reading this that this was not a normal election. 2016 tested me to my absolute core. I was holding onto the belief that it would come to a close on November 8th, and that we could begin to heal the social wounds inflicted on so many vulnerable communities for the past year and throughout history. But we see now that this is only the beginning. The feeling of heartbreak, hopelessness, and absolute uncertainty is hard to describe. As a gay person, this is about my life. This isn’t a political future. This is my life. I didn’t think I could feel despair the way I did that morning after.

Being a gay person following the election of an administration that vows to strip my rights and protections as a human being is more degrading and dehumanizing than my straight friends can understand. My government vows to make me second class (again) in the name of “religious freedom”. I can barely stand it. People love that Trump isn’t “politically correct” because it means they don’t have to feel guilty about their own racists or biased thoughts and that’s thrilling. But it’s also horrifically disappointing. And because half of America looked at the safety of these lives–at gay, black, Hispanic and Muslim lives–and decided that it was a reasonable sacrifice for change. They sacrificed lives they’ll never live and called it a necessary evil.

We woke up at 3:30am on the Friday immediately following the election, and left for our flight in a half-focused state. I’m not entirely sure of what I packed. We booked these tickets months ago with a naive belief that the timing “wouldn’t matter”. By the time everything unfolded, and I’d spent a full day crying in front of every coworker of mine, in front of strangers on the street, walked with protesters through traffic for 4 hours until my throat was hoarse from yelling–it was time to go. So we went. Part of me felt like it was best. Sometimes you just can’t look your reality in the face.

Our trip would bring us to Charlotte, where we would rent a pretty red pickup truck from a Dollar Rent-a-Car worker who communicated her grief about the week’s events without ever stating it in words. It has become easy to identify others who are hurting about the cruelty and hate that our society has decided is not a deal-breaker. It’s an instant connection through unfortunate circumstances.

We would first drive to Asheville, NC, a liberal hippy-type town with a cool and unique vibe. We drove through parts of beautiful Blue Ridge Parkway to get there–an early stop on our first big road trip and symbolic beginning to my love of the road. The next night would bring us over more of the Blue Ridge, through misty and rolling mountains so beautiful it almost stops your heart. The forest fires of nearby created cryptic clouds in the distance, mixing with fog and confusing the senses. We would stay in Gatlinburg, TN for a night, enjoying our first taste of Moonshine and a steak dinner by fireside at a local restaurant before falling asleep to the sounds of a trickling stream outside. Our final night was back in Charlotte for a wine bar dinner and a few chats with locals at one of only a couple bars that wasn’t quiet on a Sunday night.

The most glaring difference I noticed this past weekend was that I could never truly be “on the road”, which is a state of mind that has yet to fail me until now. The twisted attraction to middle of nowhere towns and vastly different walks of life that used to be educational and intriguing–the open personalities, the friendliness of strangers–all at once felt so distrusting. I felt more aware of who I was than I have since I was a teen. Their friendliness angered me because I knew it was only there because they didn’t know who I really was. I suddenly noticed the confederate flags around me–there were a lot of them. I knew the friendliness was only there because I was a pretty white girl who looks like she’s straight. It was like finding out Santa Claus had died and then feeling naive for ever having believed.

There were a few surprises on the road. There was one house down the road from our Asheville Airbnb that was pretty broken down. It had gun paraphernalia outside and a questionable character sitting in a rocking chair staring out at people walking by. My gut told me that this kind of person likely supported the fight to take my rights away. But on the side of his house was a big “Hillary 2016” sign on his lawn. When things look bleak, I’m always surprised by human beings. It’s one constant that has NOT yet failed me.

Despite this, it was one of those trips where I saw everything through an unfortunate haze. Beauty and innocent simplicity felt distrusting–clouded over by my understanding that so many people who live in these places I visit would see me as an outsider if they knew. If the color of my skin were different, they would use the election to justify their hate for me. It might not be everybody, but not knowing–always fearing–is one of the most heartbreaking products of this election. It takes the color out of the sky, takes the thrill from the unknown. Maybe it’s because I know too much–but then I remember that this is America. And as afraid as people are of diversity and difference, as many swastikas as people draw and rainbow flags they burn, that’s because there ARE “me’s” everywhere. It’s because there are differences that there is fear. And I don’t get to wallow forever and forget that. I need to not ever allow hate to proliferate and steal away that beauty that I used to see in the world. Because without that, there’s nothing to fight for.

At the end of the day, there is still beauty. There are still mountains. There are still open roads. There has to be…or else all we’re doing is existing. Hand in hand, we’ll take this on. We’ll make it right. We have to.

Smoke from nearby NC and TN forest fires

Along the Blue Ridge Parkway

Inside a coffee shop housed within an actual double-decker bus. Downtown Asheville, NC 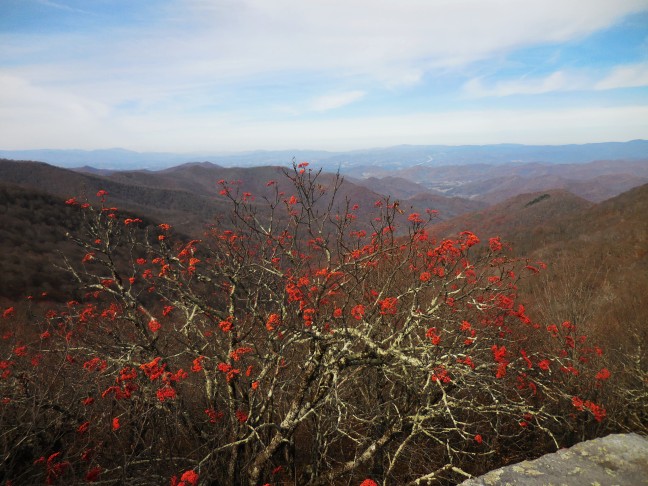 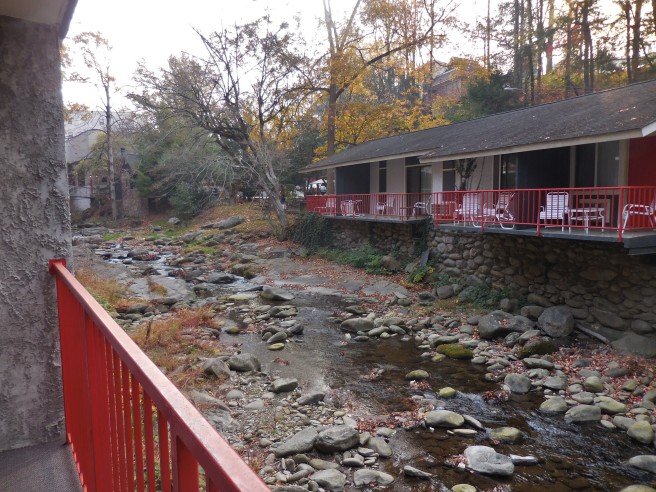 View from our room, Gatlinburg, TN

Somewhere between Gatlinburg and Charlotte 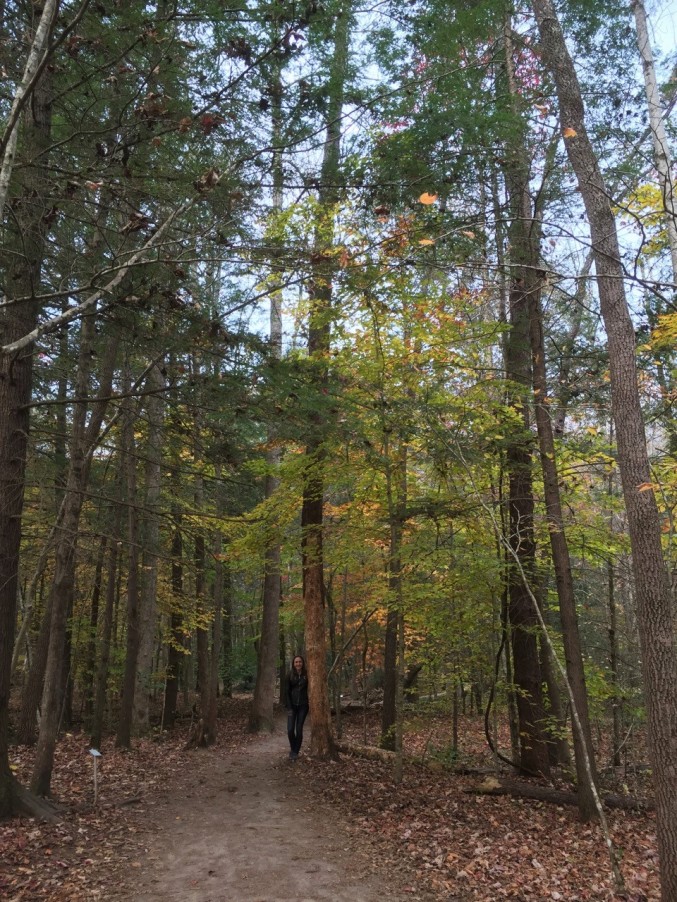 3 thoughts on “There are Still Mountains”