South Africa has been on my mind for months. We have this local wine bar in Yorkville called Kaia that is South African-owned, and we’ve never once had a plate of food or glass of wine that wasn’t perfect (try the baked lemons). The best part about it is sitting at the bar, shamelessly exploiting the last few minutes of happy hour, and chatting with an owner or bartender. I became hopelessly intrigued. Catalyst in motion, I decided that I needed to travel to South Africa and explore it thoroughly. November marks the tail-end of Spring over there, so we booked a frighteningly long direct flight to Johannesburg and didn’t look back.

We had 2 weeks in the country and didn’t want to waste unnecessary time in transit, so direct flights helped avoid idle hours in a random airport. In retrospect, leaving at 11am when we have a deep-rooted tradition of pre-travel prosecco was not my classiest choice. Apparently, JFK terminal bars always serve prosecco, even at 9:58am. 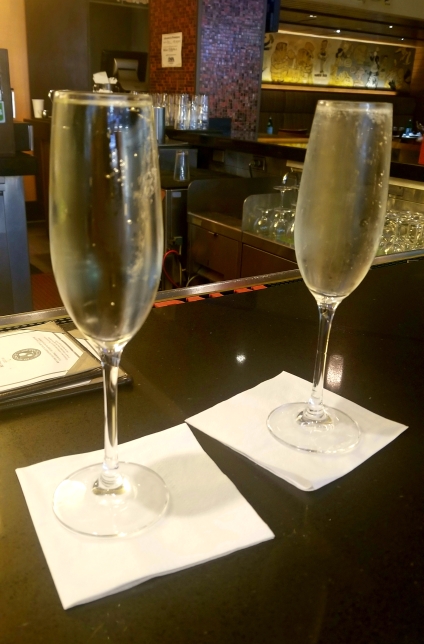 I thought 15 hours on a plane would be far more grueling than it was. South African Airways feeds you constantly and funnels free wine down your throat while you slip into seat-back movie bliss. By the time we arrived, it was “morning” and I was only mildly fuzzy on date and time. Our foggy demeanors were latched onto immediately as we entered the shuttle taxi zone and we were quickly roped into a mildly overpriced ride. Word to the wise—decide on your method of transport ahead of time (Uber is your best bet) and walk with intention. Hesitation can be sensed a mile away.

Crashing into a real bed at our hotel in Rosebank was worth every penny of the $20 early check-in fee.

We only had 2 nights in Jo’Burg before our flight to Port Elizabeth, where we would tackle the Garden Route by car. After refueling on sleep, we walked over to the Rosebank Mall to explore a huge Sunday market (highly recommended) full of craft stands and food. It only took 5 minutes there to fall deep into conversation with a woman named Teresa, who was selling hand-painted plates and mugs with her son. In a motherly-fashion, she told us to get use to the fact that people in South Africa will ask where we are from and details about our lives after just a casual meeting. You become family for just a moment, and the approach is warm and satiating. 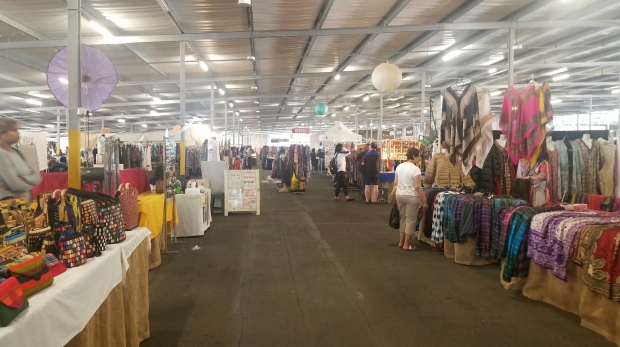 Jo’Burg gets a lot of bad press, but I try to go into every place I travel with an open mind. It may be the most critical part of traveling because it’s so easy to get lost inside hype and headlines. I scoured travel blogs and newspaper articles for weeks to prepare for our activities and get a sense of what the city was like. The news painted a picture of crippling conflict and record-level crime, encouraging travelers to forgo a stop in the city altogether. Like most hype, there are a lot of misconceptions laced with a degree of truth. Johannesburg does have a lot of crime. During the day, the streets fill with people hustling past rows of trees with bright purple leaves and battling unusually strong winds that I learned were commonplace.

But I discovered quickly that people do not walk around at night. The dark and baron nature of the streets after dark, even in the notably safe suburb of Rosebank, caught me off guard. As we trekked back home from dinner on night one (bill = $32, including cocktails), we welcomed the presence of unofficial “street guards” on dark sidewalk corners who have become a Johannesburg staple, identifiable only by yellow armbands. They blend inconspicuously into the background, creating an elusive fabric of citizen-led effort to turn the city around.

In the span of half a day, we had traveled halfway around the world. The jetlag was manageable, the food was delicious, and the atmosphere was sinking in. There is so much left to learn and know about this place. The comfort of a warm bed with the twinkling of city lights far into the horizon is both a privilege and a blessing tonight.