We got into Farmington, NM just before the skies opened and unleashed a furry of rain. Scrambling towards the quiet downtown area, we got lost in plates full of steak and potatoes and glasses brimming with beer from 3 River Brewery. The brewery also owns a pizzeria, restaurant, distillery, and lounge on the same block. We didn’t have to travel far for variety.

On the drive out of town the next day, we took a detour north on route 516 to the Aztec Ruins National Monument. The ruins are not connected to Aztec people, but ancient Puebloans (the name comes from the town of Aztec, NM where the ruins live). Wandering through the old structures was peaceful in the most unusual way. Those types of place tend to be. The residual energy seems to live inside the old stone. This one Kiva (round ceremonial meeting room) up on a lonely hillside had a spiritual vibe to it. It was like a window into a former piece of humanity—a deep instinctual part of who we are. I could imagine people gathered in these spaces, connecting with their world and each other in such a simple way. I think that every former phase of human existence builds upon itself and lives within us somewhere. Maybe we never really replace all our former selves. That organic need to connect, explore, build, and see is the quintessence of us.

Before long, Santa Fe emerged before us as the open road faded into the background. We spent the latter part of the drive entertaining ourselves by picking out humorous road signs and pretending they were song titles of our imaginary band (Our band is called “Buffalo Thunder” and our first single is ”Firefly Lightning”). 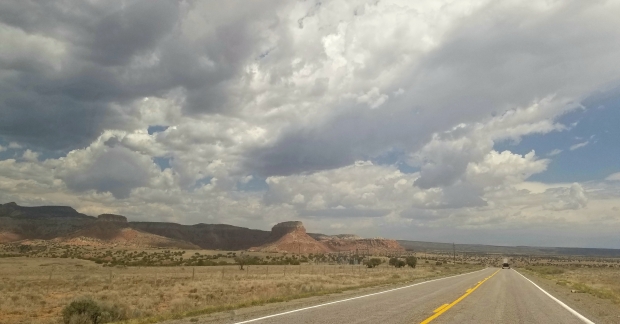 Our Santa Fe hotel offered a free wine and cheese social hour that lubricated our stomachs following the long drive. Later on, we tore through a barrage of small plates at La Boca as the sun sank into the clouds. This was the first time I had been in Santa Fe in 6 years when it wasn’t the dead of winter, and it was weird to see the streets lively and full of turquoise sellers. The sand-colored buildings and skinny streets surrounding the square are still just as beautiful as always. 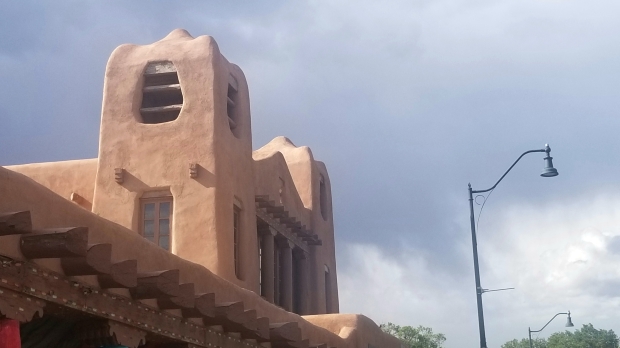 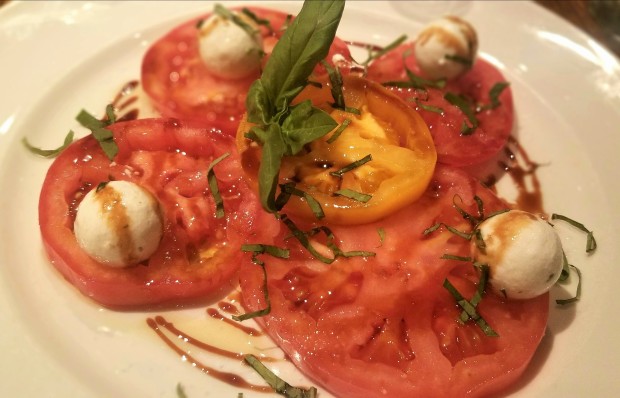 After 4 nights of frighteningly early bedtimes and endless miles of pavement, we managed to stay out way too late. I closed my eyes in the early morning hours, pretending that my flight would never take off the next day and that we could disappear into the open road.