Amidst howling wind and the intermittent shutoff of our motel’s ancient heater, I managed to get a bit of sleep. I moved the winter coat pressed against the motel door to block the draft and it was caked in fresh snow. So basically, it snowed inside our room. My heart ached for the check-out counter.

This unique accommodation boasted a microwave, but no cups that were safe to be microwaved. We were fiending for coffee. My mom just so happened to have her own instant coffee in the suitcase (no surprise) and we got this brilliant idea to sacrifice the contents of an unopened beer in order to microwave water for coffee. We were feeling pretty good about it until physics got the best of us. 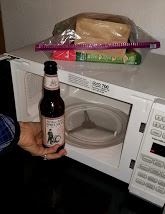 “beer too tall, microwave too small”

We were now down one beer and un-caffeinated. The final straw was discovering that the dresser drawer didn’t open because there was a fan bolted to the counter on top, and the fact that the bathroom heat lamp smelled like a burnt antique shop. I’ve never left anywhere faster.

The road was packed with powder, but the sky was crisp and blue. We had an easy drive towards Santa Fe with stops all along Route 66. The Continental Divide greeted us with a simple sign in front of brightly colored advertisements for T-shirts and souvenirs. Towns with few residents and a scatter of tiny shops became regular coffee detours. One unique café was spliced with an antique shop and had an in-house cat that scampered across tables as patrons ate their pastries. Other towns had only hints of existence remaining, full of decaying signs of former life. I don’t know why I find that sense of abandonment so haunting and beautiful. 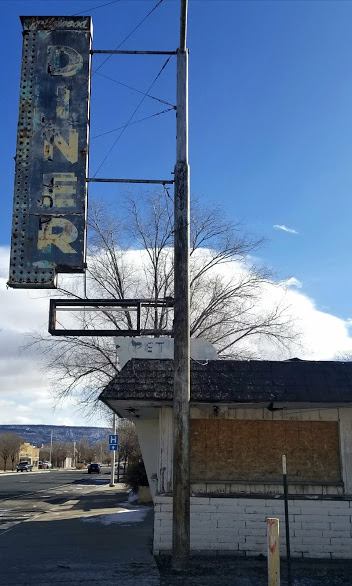 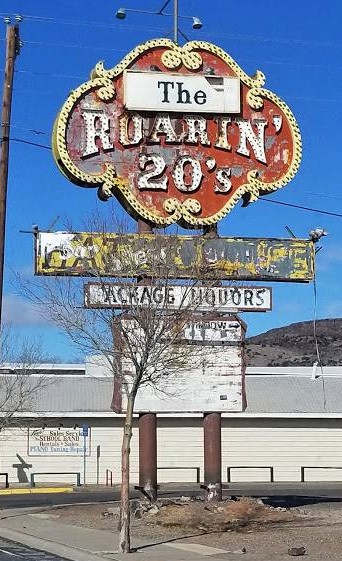 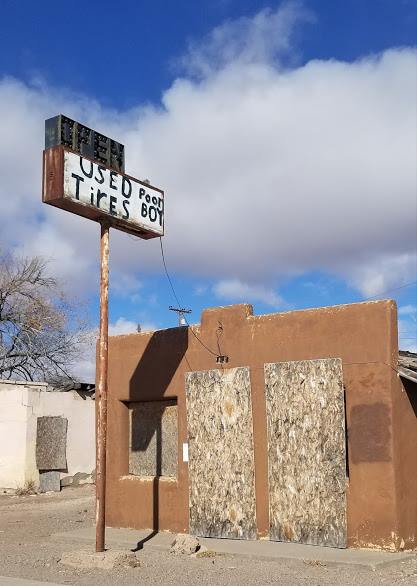 Turning north from Route 40 put us onto the Turquoise Trail, a small road dotted with towns and mountain peaks. At the barely-there town of Golden, NM, we passed an unusual house that claimed to have free informational packets. The trees outside were decorated with colored bottles and there was a makeshift mineshaft setup for visitors. I parked and crept surreptitiously towards the house until it became apparent that nobody was home, and the eerie stillness became too consuming. We chugged up a steep dirt road to snap some pictures of an old church before we moved onward. The wind picked up and swirled the hillside structure with wispy snow. It was silent except for that howl. 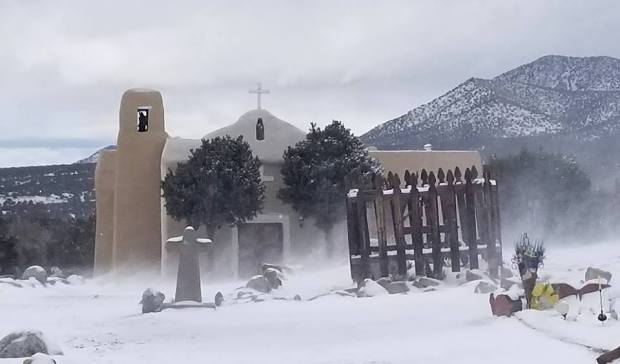 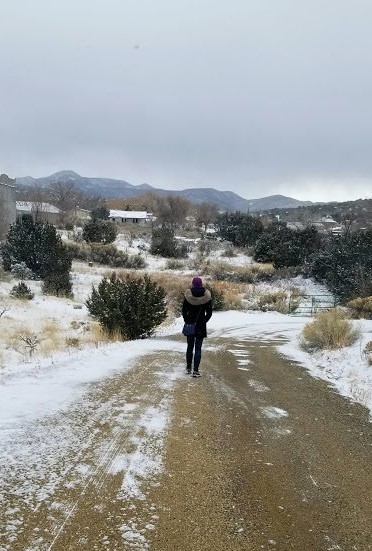 As we rolled closer to Madrid, I continued to remind my mother to watch her spacing on the road as she drifted into the adjoining lane to take photos.

Madrid has a population of roughly 100 people and several dozen shops full of hand-made artwork. We had a chat with one woman selling turquoise jewelry about parties that draw every resident in town and the fact that it’s hard to get fresh water in such a rural place. 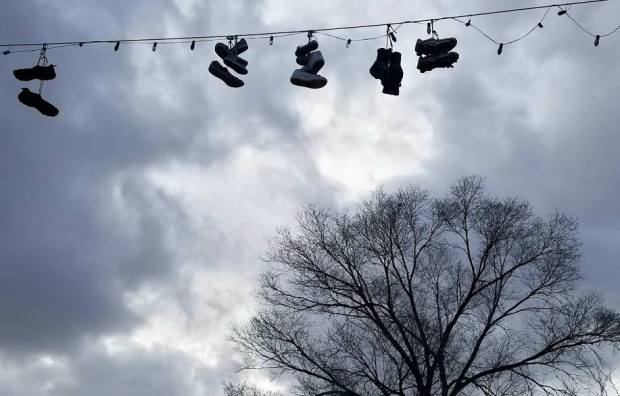 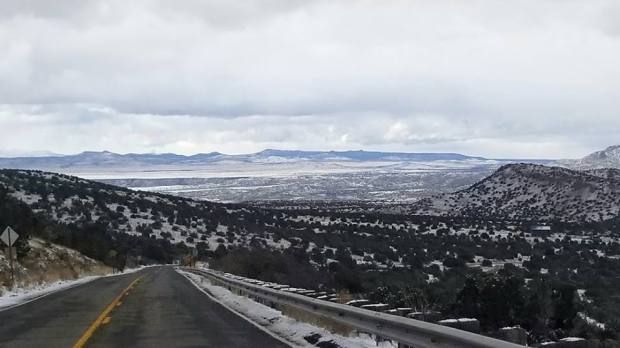 The sky began to look grayish blue as clouds swirled in and blanketed the road from the sun. It was open and free until just before the sand-colored homes of Santa Fe began to emerge. Empty roads at once became full, and the familiar town square still decorated with Christmas lights appeared. We melted into a pile of (too many) fresh margaritas and stuffed poblanos as the air turned colder. It felt nostalgic to be back in Santa Fe, falling asleep with a full moon shining into the space between my window curtains. 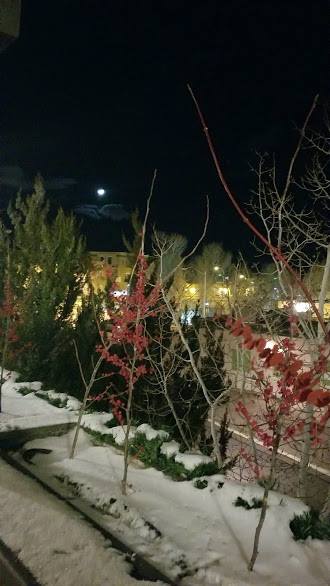