Auckland is a good central city to start a trip, but my favorite part of it all was the areas surrounding it. When you travel enough, you start to become less enthused by big cities other than your own. There are enough inherent similarities in so many cities that you lose the intrigue of the “away”. Of course, that could just mean that I’ve been in New York way too long…

Jetlag was fading, so on the second day in Auckland we hopped the ferry over to Waiheke Island, which is dotted with scenic wineries and rolling hills. The local bus on the island only runs you $10NZD (roughly $7USD) for the day and stops by all the big wineries. More importantly, it means avoiding the kitschy hop-on-hop-off bus (which I am mentally allergic to) and saving more $$ for wine. The afternoon was spent sipping through way too many Sav Blancs under the crispy sun and trying not to get hit by buses as we wandered up the road between venues. 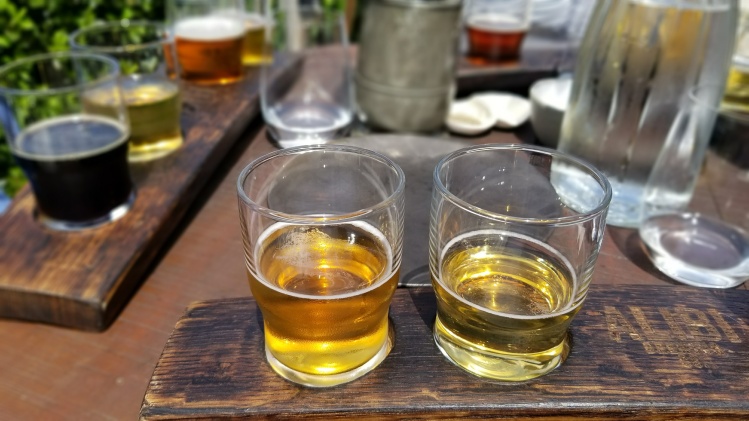 Had to break up all of that wine with some beer…

The next day’s trip was to the Coromandel Peninsula to see Cathedral Cove and Hot Water Beach. The Peninsula is a few hours from Auckland via winding mountain roads, so we opted to book a tour guide to handle the driving. The city quickly evaporated into countryside and pebble-trimmed beaches.

The first stop was Driving Creek Railroad, an old-fashion cable car type train that screeches through an uphill wooded track and ends at an awesome overlook. The conductor had to occasionally stop the train, hop out, and manually switch the direction of the tracks. 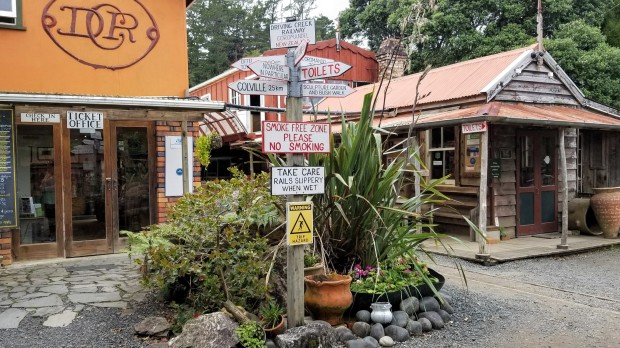 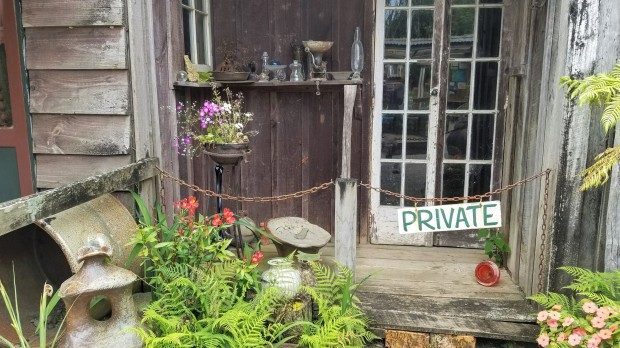 Cathedral Cove, further down the road, was the core of the whole excursion. We trekked along a gravel path for 30 minutes to reach the beach, struggling more than necessary up the steep portions (because I don’t like gyms). The air was super fresh and smelled of flowers, filling my lungs and propelling me up the dusty inclines. Cathedral Cove emerged in front of us, with azure blue water, fine grained sand, and funny pink plants. Katie fluttered through the walk-in cave snapping 87 pictures a minute to avoid missing the tiniest angle of beach. I had to drag her away, still snapping. 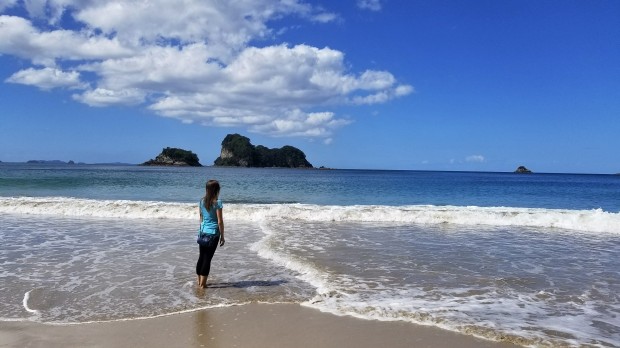 It was getting late and we were hoping to get back to Auckland in time for a sunset ride up the Sky Tower, but we still made our final stop at Hot Water Beach. On one specific stretch of coastline, uniquely situated underground fissures mean that steaming thermal water rests just beneath the sand. People bring shovels and carve their own personal hot tubs into the beach (or steal the ones that previous bathers already dug, like we did). Cold water from the waves mix with steam shooting from the ground. It was sizzling sandy paradise that I could have stayed in forever.

I was thoroughly exhausted as we drove back to Auckland, taking one last look at the intriguing countryside that reminded me of farm-country America. Baby sheep roamed by the roadside alongside “watch for pigs” signs. Daytime morals: be friendly, wave like hippy surfers (like the locals do) and keep left except to pass.

We (almost) made it up the Sky Tower by sunset. Everything turned peach-colored and then faded into dark, revealing a twinkling landscape like an urban nightlight. After turning in, I took a minute to look into the sleeping streets beyond my hotel, where the moon was full and the alleyways were shining and still. Goodnight Auckland, and onward. 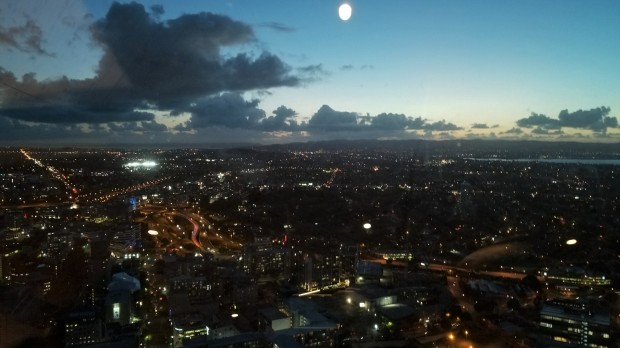