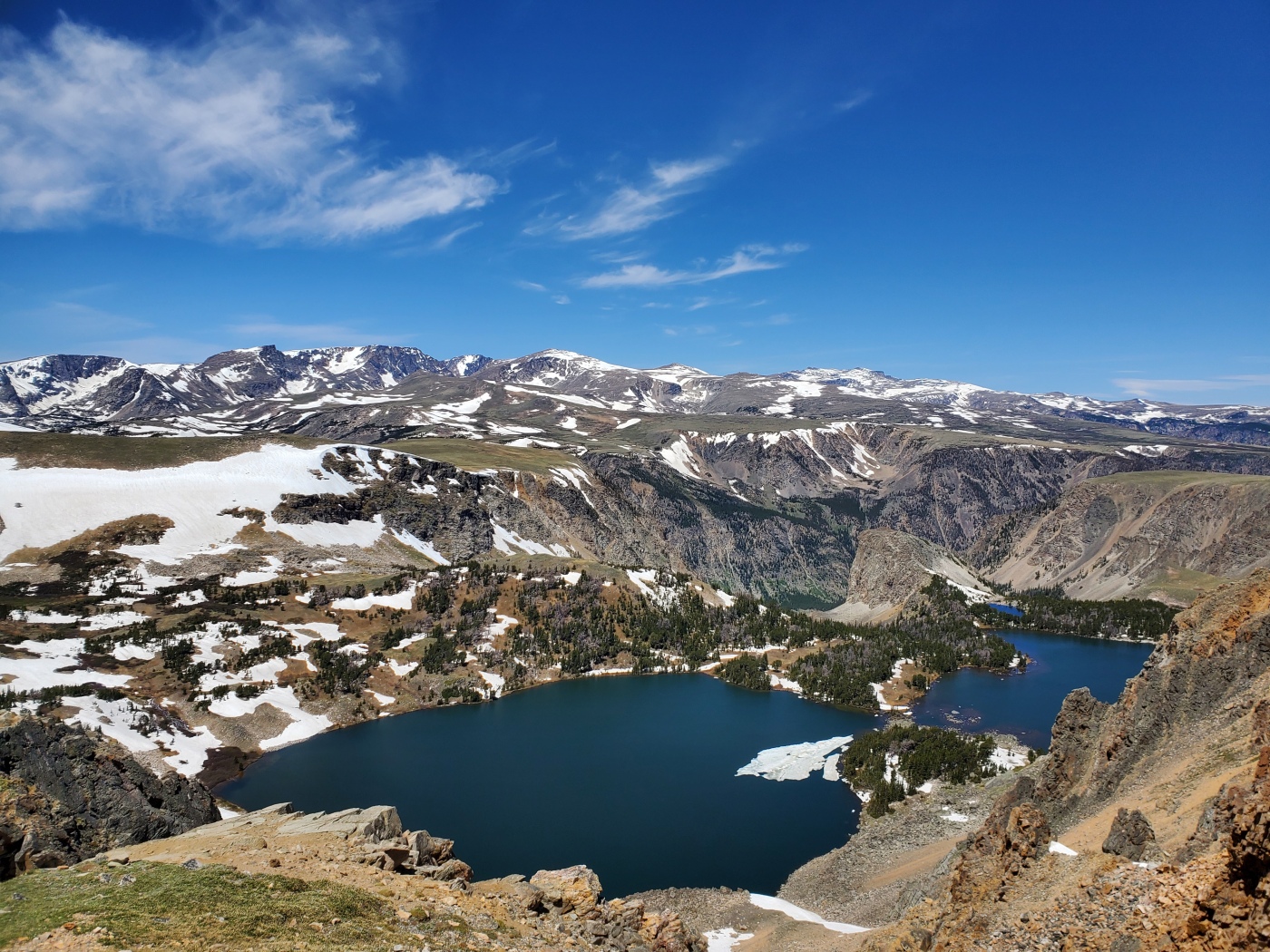 During the course of the pandemic, we were lucky to have stayed healthy and remained near our families. Katie is a nurse, so her experience is not easy for people to fully understand, even me sometimes. We traveled locally around our state but waited until we were both vaccinated to finally get on an airplane again. Our first flight took us to a long weekend in St. Maarten for my first ever all-inclusive. It was thrilling to be in an airport again – other travelers will understand this. Lingering in that beautiful limbo between home and away, albeit behind my mask. Sitting under the sun and sipping drinks all weekend was also…needed. Seriously. But I can’t express how badly I’ve wanted to be on the road.

We planned our Montana road trip in a matter of weeks – our last motel booking happened just 2 days before we left. It made me a bit anxious until I remembered that we always used to do it this way. There’s a thrill in not being totally prepared.

The trip starts and ends in Billings because that’s the cheapest car rental pickup location we could find. If you haven’t yet heard, there’s a shortage all over the U.S. and stories of people showing up to no rentals despite a reservation, and instead opting for a U-Haul. Luckily when we landed in Montana soil, the SUV we booked was there as promised – it was a Toyota 4Runner Off-Road version. Giddy.

After staying overnight by the airport, we woke up to down a bagged breakfast and pop a magnesium supplement (to quell the altitude-induced dehydration). We hit the road to drive the Beartooth Highway, a scenic series of switchbacks that runs along US-212 from Red Lodge to Cooke City, dipping briefly into Wyoming, and rises to an elevation of 10,000’. It was built in the 1930s to increase tourism and despite the extreme mountainous conditions, was finished in just 5 years.

Our SUV was more badass than expected, much like a truck.  Driving to the little town of Red Lodge took an hour but it felt like 5 minutes. I forgot about how open and easy the roads were out West. Before formally starting the highway, we visited the site of the Smith Mine disaster where 80 men were killed in the 1940s when an explosion filled the mine with methane gas. It’s touted as the worst mining disaster in Montana’s history. A plaque sits on the side of a quiet road, eerily creaking in the wind. The sound of cows mooing was vibrating over the empty hills.

After Red Lodge, the road rose quickly and snaked through switchbacks, which were sharp but very manageable. I was almost disappointed that it wasn’t as precarious as it was made out to be. My ears popped as we gained height, and the air thinned into a cool breeze. Snow peppers the sides of the road and the sweeping plains in both directions. We watched amazed as skiers dropped onto hills still caked in snow from rudimentary lifts and cars parked on shoulders. The open sky rushed over me like a deep peace.

At one point, we stopped at a random creek on an empty dirt turnout. The water was an unreal shade of blue. It trickled over rocks and the marsh was soft underneath my feet. I thought back to the past year as the moment lingered. The mountains were frozen in solitude, filling me to my absolute brim.

We stayed in the tiny town of Cooke City that night (population 140, elevation 7,600’, and temp 20 degrees cooler than Billings). A bison scratched its back against a tree just across the street from our motel. High Country Motel was walkable to 3 or 4 eateries. We dug into some juicy burgers and cold beers at Miner’s Saloon as the high-altitude fatigue set in. Gatorade can only take you so far. The edge of the mountains was just beyond our motel window and the light lingers late into the evening in a soft pink glow. It’s close enough to touch. It takes no time to slip into slow mode, greeting every stranger who passes. Even after all this time without “real” travel. The soft energy lulled me to sleep early, before the sun had even set. It heals.

2 thoughts on “Road Trip Montana: Beartooth Highway in a 4Runner”